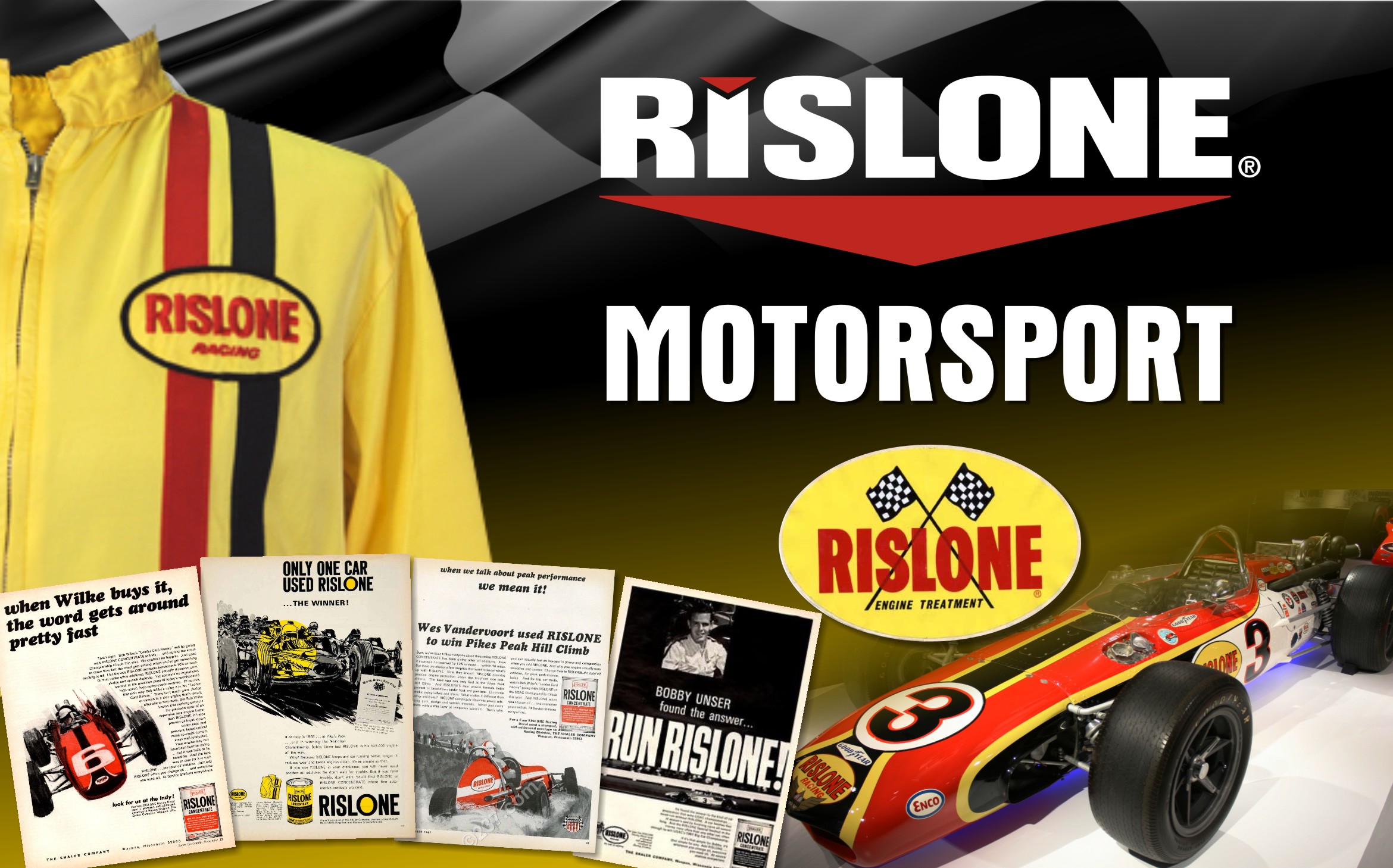 Over the years, Rislone has been part of numerous successful auto racing teams, as both a sponsor and as a component in the high-performance racing engines.

Bobby Unser earned his first of three '500' wins in 1968, driving a Rislone sponsored Dan Gurney Eagle entered by Leader Cards, Inc. Power was from an Offenhauser four-cylinder engine that was enhanced with the help of a turbocharger, this being the first occasion on which a turbocharged engine won the ‘500'. On June 30 1968 Bobby Unser in the "Rislone" Chevrolet Special 11'54.90" won the Pikes Peak Hill Climb.

Rislone has also had a long involvement with drag racing. The legendary Chicago-based Chi/Town Hustler was sponsored by Rislone from the mid-1970s through the 1980s, including the 1982 season when driver Frank Hawley won the National Funny Car Championship.

Tommy Ivo used Rislone in his impressive four-engine, one engine for each wheel on his Buick station wagon show car. The Buick could smoke all four tires for the entire quarter-mile.

As well as the Top Alcohol Dragsters, Rislone also sponsors many other motorsports such as Jr. Dragsters, Monster Trucks, Sprint Cars and more.

Rislone Motorsport New Zealand - Top Doorslammer
Smits Group has been supporting the car scene in New Zealand for over 35 years, so when the opportunity came to jump on board with Mark Barsley and the team, we jumped at the chance!

Mark Bardsley has been drag racing in New Zealand since 1995 in 2003 Mark became the first recipient of the NZDRA Award of Merit, for his contribution to Drag Racing in New Zealand and went on to win both the Nationals and NZDRA Top Doorslammer Series in 2006/07 and 2010/11 then placed third at the Spring Nationals in November 2014, and took out first in the New Zealand Nationals in March 2015, pushing him up the overall results table to claim first overall for the season.

Jon Bates Rotary Dragster, run at the "Father's Day Drags 2015" was 6.8 seconds and 201 mph. It had an engine upgrade previously and was running a 20B Rotary engine with billet alloy rotors and billet alloy housings, a new Precision promod 94 turbo, Reid racing transmission with a Vi-PEC ECU. This dragster is well known from 3 years ago as the fastest rotary in New Zealand. With all the recent upgrades, Jon is going to have a go at the all out world record.