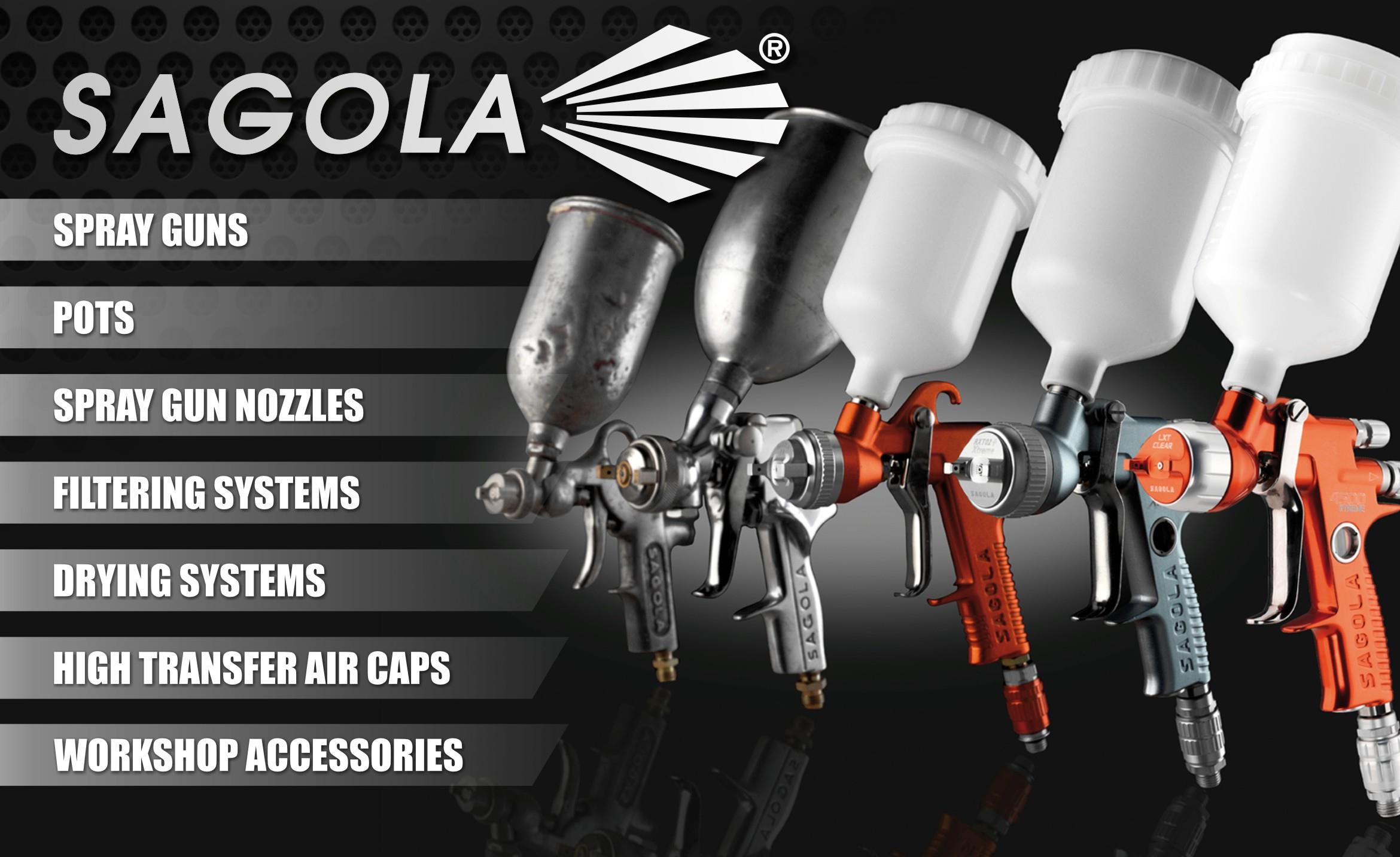 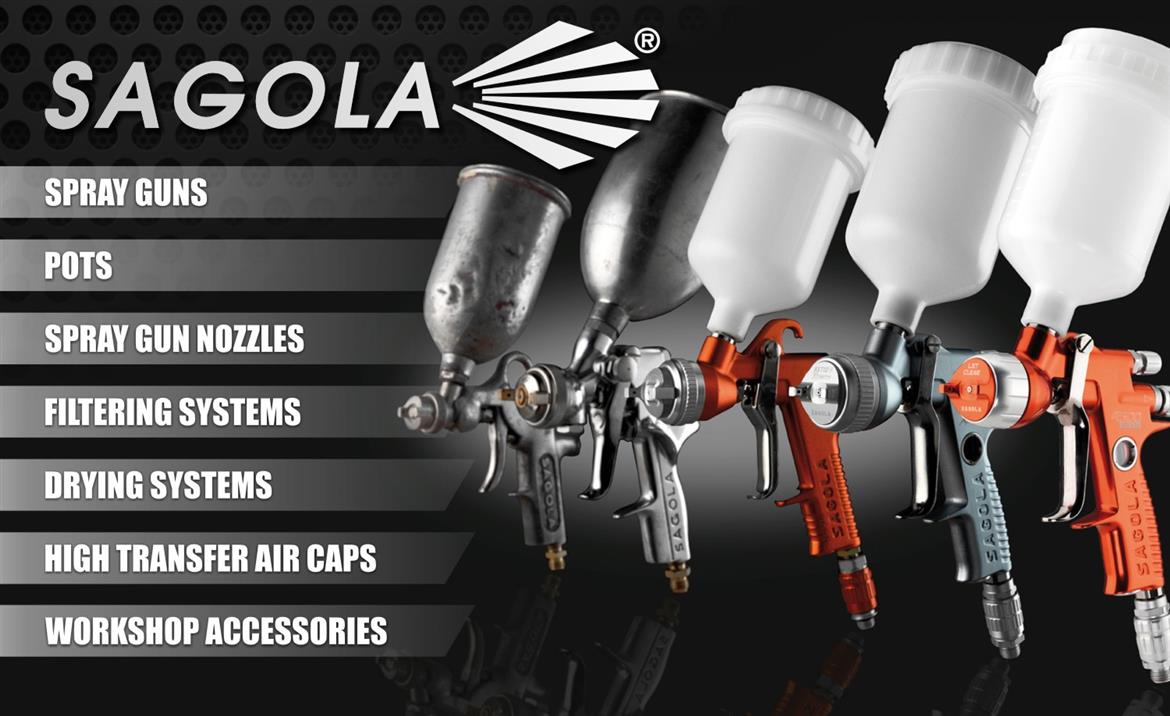 Throughout the last 60 years Sagola® has maintained the highest quality standards in the manufacture of new era spray guns and other complement accessories used in the refinishing and industrial coatings sector such as air filters, pressure pots, and an endless list of equipment and materials for the most varied applications.

SAGOLA can trace its origins to the year 1955 and is fruit of the pioneering spirit of its founder, Alejandro Sánchez Larrauri. It began as a small subcontracting workshop for industry. After some years in the subcontracting sector, Larrauri felt the need to manufacture his own product and progressively withdraw from subcontracted activity.

The chosen product was the spray gun. This new era for SAGOLA was crowned by the manufacture and sale of the mythical ALM 401 spray gun. From that very moment SAGOLA began to make and distribute a large number of spray gun models and other complements used in the coatings sector such as air filters, pressure pots, and an endless list of equipment for the most varied applications.

Due once again to the entrepreneurial spirit of the SAGOLA team, the need was felt to open the company to the international market. For that reason the Company began operating in related markets such as Latin America, where it soon became the indisputable leader, later expanding to Arab countries, Asia and finally Europe. Today, SAGOLA is present in more than 80 countries worldwide.

SAGOLA has maintained the highest quality standards in the manufacture of its products from its very beginnings, which has contributed to become a very important competitor in sectors such as bodyshop and industry. Products range from a simple spray gun to
complex CNC coating machines.

Today, after 60 years, SAGOLA is still a 100% family company, a vital reason why it is a dynamic company able to adapt rapidly to changing market situations.

Nowadays SAGOLA is much more than a manufacturer of spray guns and has become a group of companies also engaged in the manufacture of aeronautic components, components for the biomedicine sector, passenger transport services and other service businesses.